Malta is one of my favourite places to visit. Situated in the Mediterranean, between Sicily and the coast of North Africa, this island is somewhere that has stolen my heart. It’s rich history, vibrant culture and amazingly friendly people make it somewhere you will want to return to time and again. Malta is relatively small and given a week, you will have ample time to explore a good portion of it. But should you only have a couple of days then these are the top three places in Malta that you NEED to visit! You should be able to spend a full day in each of these and be able to fully explore them, allowing you to partake in the art of slow travel and take home some lifelong memories.

The Top Three Places In Malta That You Need To Visit

Sitting on top of a hill overlooking the surrounding countryside you will find Mdina, the ancient capital of Malta. Known as the Silent City due to the lack of the modern day. There are few cars allowed within the cities walls and most streets are too narrow to be driven. If it weren’t for the odd car you could easily be forgiven for thinking you were walking around this historic city a couple hundred years ago. Mdina is a fantastic example of an ancient city. Preserved mostly in it’s medieval and baroque state, this small walled city is a blast from the past, an open air museum.

There are few modern features to be found. Instead you get to walk its narrow cobbled streets, adorned with beautiful doorways and windows which are draped with climbing flowers and you get drawn in to a distant world, forgetting all about the modern day. What could be more delightful? If only we could escape real life more often. Whether you spend 2 hours here or a full day, you are certain to be spell bound. I highly recommend spending as long as time allows as there is plenty to explore for such a small city. There is a comprehensive list of suggestions here. 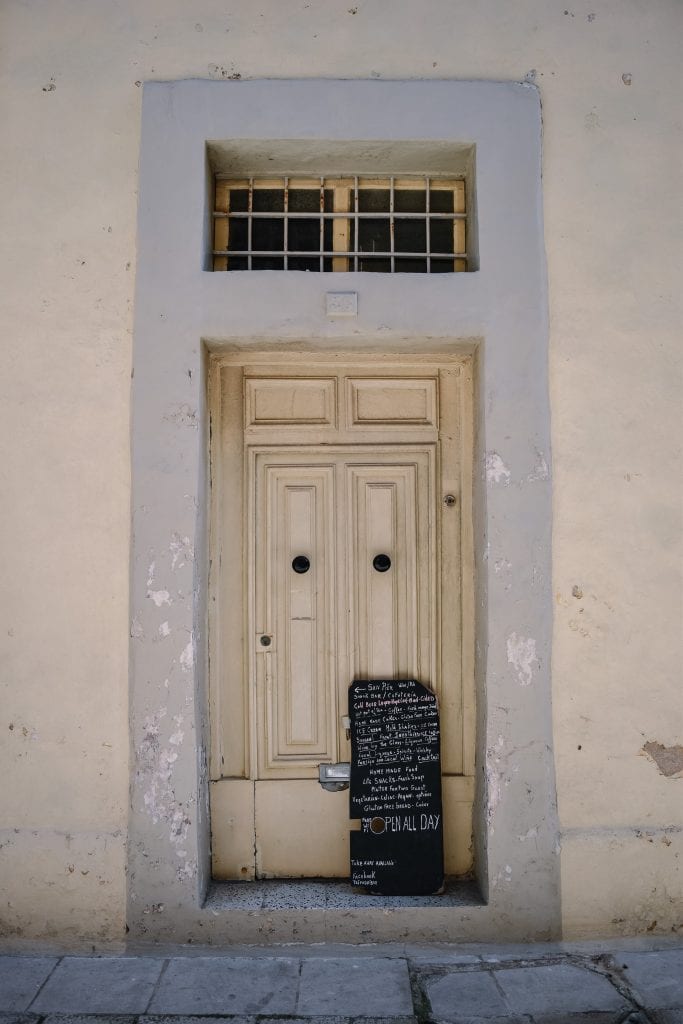 Comino And The Blue Lagoon

Comino is a small island situated in between Malta and Gozo. Most famous for the Blue Lagoon. A narrow strip of sheltered water that glows a mesmerising shade of turquoise and beckons you in for a swim. Make sure to have swimwear with you, even if you visit in November like me. You will want to get in! It’s crystal clear, blue waters are irresistible.

The island itself is only 3.5 sqaure kilometres, very doable in a day. The blue lagoon is not the islands only draw. There is San Niklaw and Santa Marija Bay as well as a few other stunning little coves. The rugged landscape is worth a trek too so bring some walking shoes. And it’s relatively flat so not too hard work for those who prefer a more relaxed walk. Which is what you want when you’re meant to be relaxing on holiday right? The current capital of Malta. Valletta displays its rich history in every street, in every building – a whole mix of cultures that have claimed power over Malta throughout the centuries. Greeks, Arabs, Byzantines, English, French. It is no surprise that Valletta is a UNESCO world heritage site with such a vibrant collaboration of cultures and architecture.

This walled city began its life in the 16th century under the hands of the Knights of St John and since then has grown to become one of the most concentrated historic areas in the world. Needless to say there is tons to see here. There are countless museums, palaces and churches but it is well worth making sure you seek out St John’s Co-Cathedral even if you’re not going to visit any of the others.

Find time for a relaxing walk around the formerly private, Upper Barrakka Gardens. And if you have time, the Lower Barrakka Gardens. You get fantastic views over the whole city. All the way to the harbour, which is also worth a walk along. Make sure to try and give Valletta a whole day. There is so much to see and the time will just fly by. Wherever you choose to go in Malta, you won’t fail to be impressed. But be sure not to miss these top three places to visit in Malta! One of the things I love most about living in the

If there’s one thing I love about warm summer da

I’m not really one for material things. Instead,

A month ago, on a drive across to Wales we made a

ad The other week we found ourselves escaping into